BODY RESET, CLARA BUTT'S COLUMN
In days the new Body Reset live class by NOBODYTOLDME, and this time, I’ll be a part of this. For three weeks, step-by-step, I will forgo certain food groups, following the concept of “I’ll empty my fridge and leave out…“. I’ll start with leaving out alcohol and read meat, and later everything will change. At this point, everyone who knows me, will have resorted to collective eye-rolling and frowning. To be honest, I can understand that. Because I have lived through 48 years during which I told anyone who was willing to listen (or not) about what I thought of nutritional courses, whether they would call themselves diets or not. Here are some of the reasons why, usually, you would have spend a long time looking for my name on a list of attendees for a course which – even if just for a little while – is going to take ice cream, pho with pork belly, and linguine away from me.

1. Even the smallest temptation – I can’t say no. It might happen happen from time to time that I can trick myself into an inner state in which I really don’t like a ‘forbidden’ substance anymore and in which I float through life drunk on my own independence of the pushing by my needs. My favourite cookbook-author calls that the ‘temple mood’, and it’s usually lasts for less than 24 hours. Previously I would have said: I can easily go without alcohol, as long as I don’t want to drink anything. People on the outside might call that willpower. But that’s not it: as soon as just one brain cell decides to want chocolate with nuts, I have lost. To forgo things for weeks at a time which I need to be happy (as declared by myself) seems like a dead duck. I will not make it. Unless there is a lobotomy involved.

2. My set-up is really, really not compatible. I have three small kids and an ever-hungry husband. That translates to many, many ham and cheese sandwiches, cereals, cakes, yogurts, pasta dishes, quiches, sausages, fried potatoes, burgers, and waffles, which I will have to plan, prepare, smell, put on plates, give out to others for three weeks – all without eating even the smallest crumb of it all.

3. By now, I am too stupid-clever for dieting. (I know, Body Reset won’t be a diet, not a diet, really not a diet, it’s about energy and gut bacteria, and this stuff – but there will be moments where I want to have chocolate and can’t have any so in my world this will be some kind of diet. Even when loosing weight it not at the top of the agenda.) Against any scepticism on my behalf I have tried a few things – from Weight Watchers, to Glyx and 5:2. I never lost any weight but I gained a hoard of hacks, wisdoms, and “In theory, this should work if I …”-rules which I can’t seem to get out of my head. In combination all this superficial knowledge makes me a complete idiot when it comes to nutrition. Because I can always find some rule which allows me eat exactly what is lying temptingly right in front of me. Three pieces of cake? Sure, because with my immaculate behaviour last week I earned some cheat points. Spare ribs? No problem, I’ll just start eating at 2pm tomorrow. Spare ribs for breakfast the next day? Of course, they’re low-carb! Half a loaf of bread? Oh, with pleasure, because Alex (my husband) has been thinking about buying a Peloton, so it will all be fine, working out will be my way to go, that’s what everyone is saying anyways. So often I’ve read that in these cases the stomach is the bad guy and our poor brain is just trying to bring reason into play, but for me it’s the other way around. Even if my stomach is having reservations my brain will just ruin everything. Oh, if only there was a way to get rid of this abundance of nonsense-knowledge – e.g. a sort of mini-seminar with people that also love eating as much as I do but also know the effects of each food item on your body!

4. My sympathies have always been with that team of people that eat white flour, sugar, and red meat. That’s my thing and it will always be my thing.  And now I’m showing signs of turning into one of them! “I hope no one sees me while doing this!” is what I’m thinking while I’m writing a whole blog post about it.

5. I’m basically the only women in my close environment who does not have any form of an eating disorder. Not even a little bit. I’m just lucky in that way and I want it to stay like that. And something in me is saying that for me – only for me, not for you – this search for healthier, free-of-pollutants, cleaner, and in general more okay food items is a way of getting myself one of these disorders, on the quiet. That has to do with linking food with guilt and with spite and a feeling of control and definitely also with the fact that my brain probably has all these small back stairs and secret passages of which existence I have a small idea but which are not marked down on any map. It’s just a feeling – but a very persistent feeling. I need to keep an eye on that, and I will do so.

These are just some reasons – if I had another hour for this, I could think of many more and together, they resulted in me not participating in any of the previous Body Resets. But that was then and this is now. I just keep thinking about one thing, a super simple thing, which convinces me because of its simplicity:

So. I like liquorice. Any type of liquorice. However, at some point, I realised that after eating liquorice, I had to fart. So I don’t eat liquorice anymore, only when I really want to – but then I know what’s coming and put up with it.

For me, the forgoing of liquorice doesn’t have anything to do with the bigger and more serious complex of ‘diets as a misogynistic self-bullshitting’, general virtuousness or hostility towards fun. I think I’m just as nice or mean without eating liquorice, it just smells a bit better without it and my trousers don’t fit as tight. Simple as that: Cause and effect, a clear correlation and, derived from this, an easy decision I can make again and again.

How am I tackling the Body Reset?

It could turn out to be good. I could learn many new things about what’s happening in my body, which has been spoiled by white flour when I consume this or that or not. Learn about the bold hypothesis that my diet could affect why I’ve been feeling constantly tired, highly charged, puffy, and latently uncomfortable. I could learn something. And then decide which of my learnings I use – and for what. Maybe it will only be exhausting and frustrating. If that’s the case, I can comfort myself by reminding myself that it will only be three weeks. No one expects to bake my Christmas cookies with date sugar and chickpea flour, least of all myself. learning by liquorice!

Okay. I’m excited about this, I would love to start next week already, and I’m pleasantly surprised that I haven’t started on a mental “naughty bucket list”, full of things I need to eat before the hammer comes down.

How is this supposed to go? I’ll join the Body Reset course just like anyone else. Just with addition that I will blog about how it’s going for me. I will – pinky promise – not write anything about what the other participants are telling me. Your experiences are yours and yours only, not mine. As far as I can tell, this cannot be considered advertising, but rather a form of ‘live-test report.’ Means, if I would and the experiment after five days, you will read about it. And even though the writing is my job, I’m not doing this to get paid (apart from the participation fee), but I’m doing it for fun. Fun! Who would have thought that I, of all people would consider something fun that forces me to forgo rips and French cheese?

And isn’t it ironic that renunciation can feel like extravagant excess? As soon as I’m off work I’ll run to the supermarket and buy a huge load of beans. 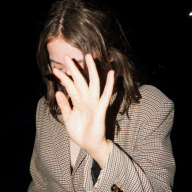